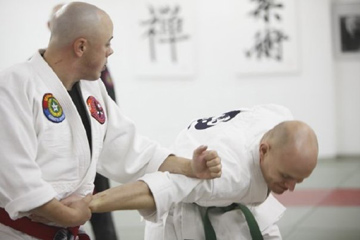 The History of Small Circle Jujitsu

The Japanese combat techniques of Jujitsu (also commonly known as Jujutsu or Jiu-jitsu) date back approximately 2000 years. The exact origins of jujitsu are unclear, as most of its history was only passed on in the oral tradition. The few early written references show that its origins date back to mythological time.

Jujitsu was formalized and most popular during the Edo period of Japan. This was the era during which the Samurai caste dominated Japanese life and culture. Jujutsu was the samurai’s main set of combat techniques, after the sword that is, and indeed, many of the unarmed techniques are clearly directly derived from katana or daito moves. There have been many, many styles (or ryu) of Jujutsu throughout the history of Japan, and during the 20th century many more styles were developed all around the world.

The origins of Small Circle Jujitsu™ are based on the 2000 year old classical jujitsu, but the evolution of the Small Circle emphasis dates back to approximately 1944. The founder, Professor Wally Jay studied a style known as Kodenkan Jujitsu from Professor Henry S. Okazaki in Hawaii.

Professor Okazaki had studied classical jujitsu styles of the Yoshin, Kosagabe and Iwaga ryu, as well as studying Okinawan karate, Filipino knife fighting, Hawaiian lua, the art of throwing a Spanish dirk, boxing, wrestling and kung fu. Professor Okazaki himself was something of a rebel, as he broke away from tradition on several occasions. He developed his own style of jujitsu called Kodenkan Jujitsu, as well as teaching non-Japanese, which was unheard of at the time. 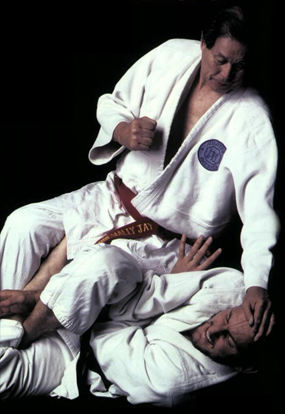 Professor Jay had studied boxing, weightlifting, judo and jujitsu from various instructors before 1944, when he received his black belt in Kodenkan Danzan Ryu Jujitsu from Okazaki. Professor Jay felt that there was something missing with Jujitsu, the way he learned it. The knowledge he gained from the other disciplines and Okazaki’s own multi-disciplinary background gave him the perspective to see how classical jujitsu could be improved.

It was his two years of judo study under Ken Kawachi that gave him the key to Small Circle; when Prof. Wally was taking his blue belt exam in Kodenkan, there was one particular throw that gave him real difficulty. Unhappy with his own performance, Prof. Wally had decided to refuse his blue belt award, until Kawachi Sensei advised him to accept, promising him that he would teach him how to master the throw. . Sensei Kawachi, the Hawaiian judo champion for many years, was a physically small man who stressed the use of the wrist action to gain superior leverage, and so effective was he in using the subtleties of the grip and its leverage that he routinely dominated other judoka literally twice his mass and defeated many visiting wrestlers and other grapplers from the mainland. It was that same wrist action that became the key to Small Circle Jujitsu. Over the years Prof. Wally made radical changes in the jujitsu techniques he acquired, believing that this was what his teacher, Professor Okazaki would have wanted.

Professor Jay’s years of experience in classical jujitsu, judo, boxing, weightlifting, wrestling, aikido, kung fu, other martial arts training, and many periods of trial and error, led him to develop his theory known as Small Circle Theory. His goal was to refine and improve upon the techniques by combining the best of everything he learned in different disciplines. The Small Circle theory is a proven scientific method that rapidly became accepted by the martial arts world as an acclaimed and accredited system.

The Small Circle theory is not only applicable to jujitsu, but it blends in beautifully with other styles of martial arts, especially George Dillman’s Ryukyu Kempo, Kyusho-Jitsu, Tuite-Jitsu and the late Prof. Remy Presas’ Modern Arnis. Professor Jay first applied the Small Circle theory to his judo teaching and led his creation of a winning team. In 1960 he was voted Northern California Judo Coach of the Year by Hokka Judo Yudanshakai, but not before he had suffered the ridicule of his peer group of teachers. It is typical of Prof. Wally that this experience simply made him all the more determined to prove the efficacy of his methods. Throughout the 60′s and 70′s he produced national champions and team winners in Hawaii, Canada, USA, and Mexico.

In 1978 Professor Jay, Willy Cahill, John Chow-Hoon and Carl Beaver created a new association, Jujitsu America, intended to represent the mainland-based teachers who had broken away from the previous tradition. They seceded from the Hawaiian based American Jujitsu Institute (which was the Kodenkan organization) because they had conflicting ideologies and methodologies. The Hawaiian leaders wished to perpetuate the traditions of the Kodenkan system, while the statesiders, being modernists, wanted to update and improve their fighting skills to reflect certain modern realities.

This Small Circle Theory improved and developed further until 1987, when it officially became recognized as a complete jujitsu style on its own, now known as Small Circle Jujitsu™. Many had recognized the Small Circle system as being a separate style for many years, but after an article in Black Belt magazine, it became official.

Professor Jay’s Small Circle jujitsu techniques are smooth and functional because of his mastery of what he came to call ‘transitional flow’ – one of the ten key principles of the system; this is where Prof. Wally’s in-depth study of body mechanics allows him to move smoothly and economically from one technique to the next to counterattack the moves of the attacker.

Small Circle Jujitsu™ evolved from combining many sources and elements, and continues to evolve as Professor Jay and others enhance the style with their knowledge. In August of 2002, Professor Wally Jay held the ceremony officially handing the title of Grandmaster over to his son Professor Leon Jay in his hometown of Alameda California near San Francisco. Family, friends, martial arts masters and the media all witnessed this momentous occasion.

Grandmaster DL Seale IS NOT a ranked and certified instructor of Small Circle Jujitsu, however, he trained with the late Prof. Wally Jay since 1988 and traveled with him all over the United States and into Canada. Prof. Jay and GM Seale had a close relationship and spent many nights talking “shop”. Prof. Jay gave GM Seale the approval to teach the 10 Principles of Small Circle Jujitsu and incorporate his teachings into his Kyusho Combatives. Prof. Jay was an instrumental influence in GM Seale’s grow and development and a person and martial artist. 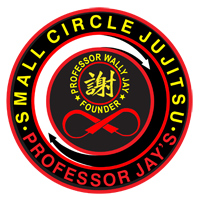